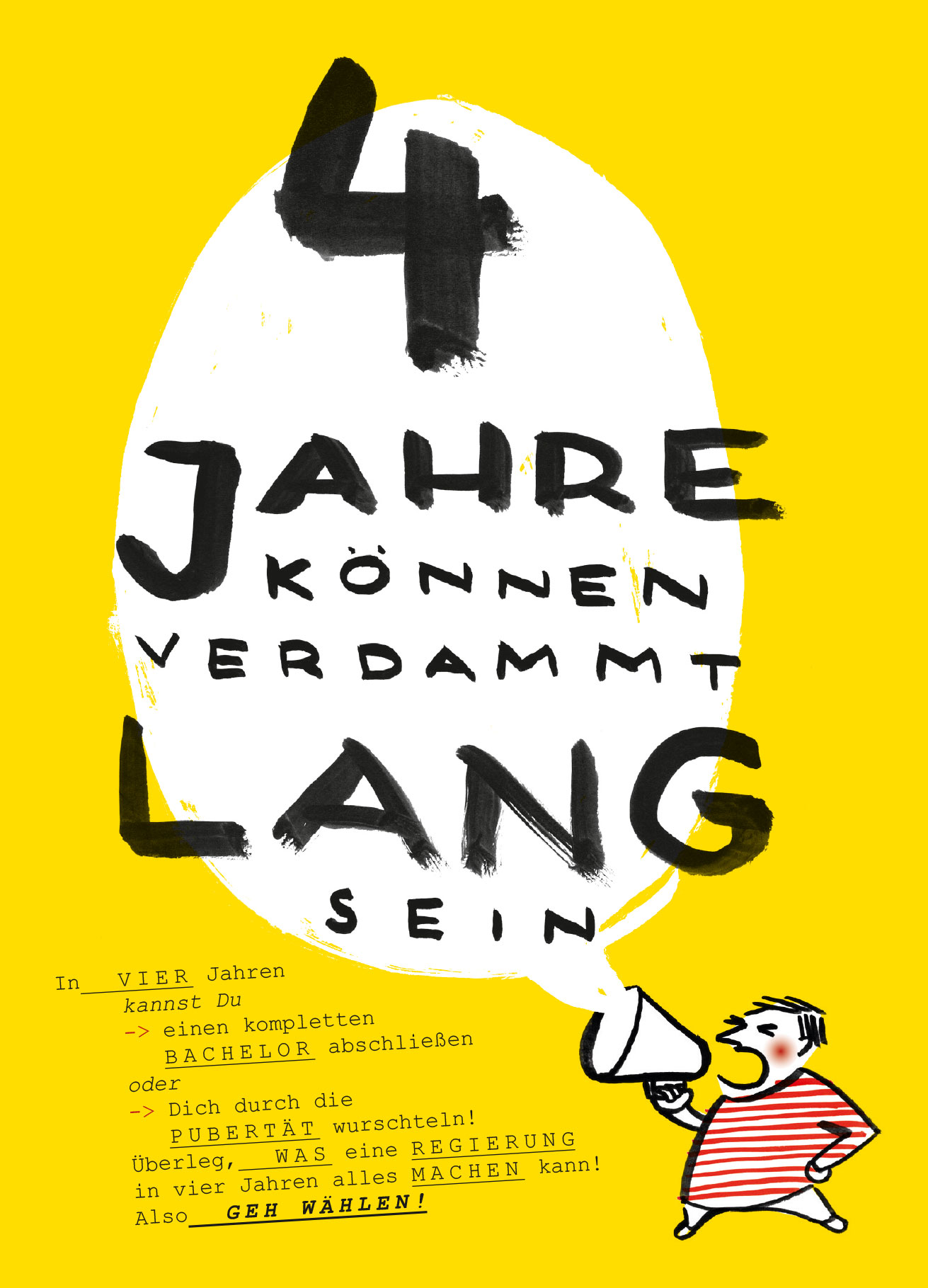 This is a project that’s important to me and that I provided an illustration for. It’s about encouraging people to get out and vote in the national elections in September 2017 in Germany.

Several cards were designed to promote voting. 15 of these were chosen to vote for by liking them on fb. The six winners were printed on more than half a million postcards and made available in bars, cafés and restaurants for people to take. Mine is one of these.

Now for the ones of you who aren’t so perfect in their German – here’s the text in English:

(Speech bubble): „4 years can be damn long“
(text below): „In four years you can
-> complete a full bachelor degree program
or
-> work your way through puberty!
Think about what a government can do in four years!
So go out there and vote!“

When I thought about an idea for this project I realized what happened in my life during the past four years, since the last election took place: I met my partner in Germany, then we moved to Japan, then to Canada and finally settled down in the Netherlands. These are three continents, four languages and a least five great challenges.

Four years are a quite a long time!

That’s the story of my card.